When Lightning Struck: The Story of Martin Luther by: Danika Cooley (Book Review) 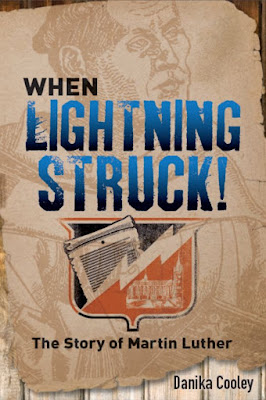 This post contains affiliate links. To see more on this, please see my disclosure page. Thanks for supporting my site!

Review:
﻿
When Lightning Struck! is a historical fictional book on the true life of a European monk named Martin Luther, written from a Christian perspective.   Many people don't know the life of this man, or the changes he brought about to the Christian faith we have today.  Yesterday on Halloween, marked the 498th anniversary of this man nailing a document he wrote called The 95 Theses, to a church door in Germany.
Many people may wonder, why is this a big deal?  Martin Luther lived in the time of the Catholic church and of outrageous spending and behavior of not only the common man, but also that of those in religious leadership roles.  Luther himself was raised to become a lawyer and make a wealthy living in order to support his parents as they aged, according to the book.  Upon a calling and scary lightning storm, Luther decided he wanted to be a monk.
The book depicts Luther as a funny and kind, yet also angry and sarcastic man.  He was very angry at God and the beliefs of the church at the time.  It was believed that people could go to confession, or even pay to avoid a certain amount of time in purgatory.  After this time of purgatory, which could extend forever, at this point a person might be granted a chance into heaven.
In the book, Luther is excited to get to go to Rome, which was a holy city.  Upon his arrival, he sees it is dirty and the monasteries draped in extravagance, and people paying money to see holy relics, in hopes of taking years of purgatory off their lives or the lives of loved ones.
He began to read the Bible thoroughly and started to understand that it was through faith alone, a term coined by him called Sola Fide was how a person could get into heaven.  He didn't agree that paying money or doing good deeds was how people entered heaven.  He began to write documents against the church at the time, to share his understanding of what is written in scripture.  He also believed that only God could accept people into heaven, and not a pope or a priest, which was an extremely rebellious thought for the time.
Luther survived many different plagues and sicknesses that were not understood or knew how to be treated with modern medicine, as this was over 500 years ago.  People also did not have different variations of the Bible or even own one Bible in their household at the time.  Many had to go to a library, where books where nailed down to a table to read the Bible.  Luther was able to translate the Bible from Latin into German so that others could read what the scriptures said for themselves, and he also wrote some hymns.
Luther was able to marry, and it was a nun of all people because of the changes he made.  He made provisions to reform the thoughts of people and their salvation and faith, and because of this the day he nailed The 95 Theses became known in history as Reformation Day.  He had a huge impact on the lives of the people at the time, and because of his bravery the faith many of us have today.
The author does an amazing job of remaining historically accurate, as there are pages of works cited and research notated at the back of the book.  I had no idea the importance of this day, or what it took to have these changes occur.  Luther wrote documents that had to be sent by letter, when people either walked or rode a horse; there were no cars.  There were no computers to send an email or write a post expressing why something needed to be changed.  He went up against individuals who thought they were in the right, and who would kill someone by going against them, all for his faith.
What an incredible testimony that is, and how he wanted to share it with others for their own salvation.  I think this is where we as Christians miss the point sometimes.  We are called to make disciples (Matthew 28:19 "Therefore go and make disciples of all nations, baptizing them in the name of the Father and of the Son and of the Holy Spirit.")
This book was beautifully written and it would be a wonderful read as a family discussion or even a small group, or youth group study.  It is recommended for a middle school child and older.  Children and adults alike, need to know how hard things used to be and how people made life threatening actions for the things some take for granted today.  This was an amazing book and I would highly recommend it.  It is full of action and I think many would enjoy reading it, and learning some history in a fun way.
Giveaway:﻿ 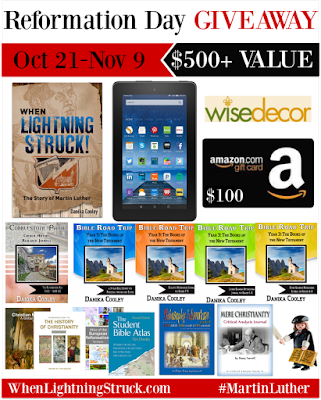 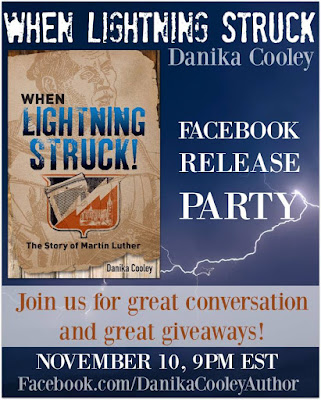 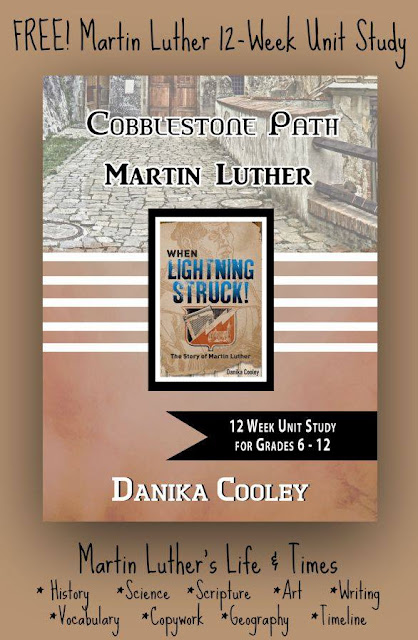 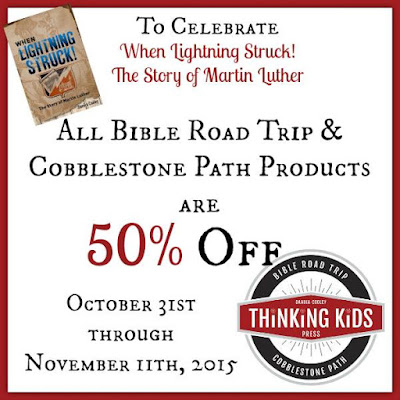 
Posted by Raising Samuels at 8:17 PM 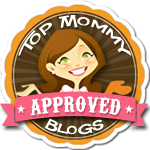